Earlier this year, the Food and Drug Administration approved a new weight-loss procedure in which a thin tube, implanted in the stomach, ejects food from the body before all the calories can be absorbed.

Some have called it “medically sanctioned bulimia,” and it is the latest in a desperate search for new ways to stem the rising tides of obesity and Type 2 diabetes. Roughly one-third of adult Americans are now obese; two-thirds are overweight; and diabetes afflicts some 29 million. Another 86 million Americans have a condition called pre-diabetes. None of the proposed solutions have made a dent in these epidemics.

Recently, 45 international medical and scientific societies, including the American Diabetes Association, called for bariatric surgery to become a standard option for diabetes treatment. The procedure, until now seen as a last resort, involves stapling, binding or removing part of the stomach to help people shed weight. It costs $11,500 to $26,000, which many insurance plans won’t pay and which doesn’t include the costs of office visits for maintenance or postoperative complications. And up to 17 percent of patients will have complications, which can include nutrient deficiencies, infections and intestinal blockages.

It is nonsensical that we’re expected to prescribe these techniques to our patients while the medical guidelines don’t include another better, safer and far cheaper method: a diet low in carbohydrates.

Once a fad diet, the safety and efficacy of the low-carb diet have now been verified in more than 40 clinical trials on thousands of subjects. Given that the government projects that one in three Americans (and one in two of those of Hispanic origin) will be given a diagnosis of diabetes by 2050, it’s time to give this diet a closer look.

When someone has diabetes, he can no longer produce sufficient insulin to process glucose (sugar) in the blood. To lower glucose levels, diabetics need to increase insulin, either by taking medication that increases their own endogenous production or by injecting insulin directly. A patient with diabetes can be on four or five different medications to control blood glucose, with an annual price tag of thousands of dollars.

Yet there’s another, more effective way to lower glucose levels: Eat less of it.

Glucose is the breakdown product of carbohydrates, which are found principally in wheat, rice, corn, potatoes, fruit and sugars. Restricting these foods keeps blood glucose low. Moreover, replacing those carbohydrates with healthy protein and fats, the most naturally satiating of foods, often eliminates hunger. People can lose weight without starving themselves, or even counting calories.

Most doctors — and the diabetes associations — portray diabetes as an incurable disease, presaging a steady decline that may include kidney failure, amputations and blindness, as well as life-threatening heart attacks and stroke. Yet the literature on low-carbohydrate intervention for diabetes tells another story. For instance, a two-week study of 10 obese patients with Type 2 diabetes found that their glucose levels normalized and insulin sensitivity was improved by 75 percent after they went on a low-carb diet.

At our obesity clinics, we’ve seen hundreds of patients who, after cutting down on carbohydrates, lose weight and get off their medications. One patient in his 50s was a brick worker so impaired by diabetes that he had retired from his job. He came to see one of us last winter, 100 pounds overweight and panicking. He’d been taking insulin prescribed by a doctor who said he would need to take it for the rest of his life. Yet even with insurance coverage, his drugs cost hundreds of dollars a month, which he knew he couldn’t afford, any more than he could bariatric surgery.

Instead, we advised him to stop eating most of his meals out of boxes packed with processed flour and grains, replacing them with meat, eggs, nuts and even butter. Within five months, his blood-sugar levels had normalized, and he was back to working part-time. Today, he no longer needs to take insulin.

Another patient, in her 60s, had been suffering from Type 2 diabetes for 12 years. She lost 35 pounds in a year on a low-carb diet, and was able to stop taking her three medications, which included more than 100 units of insulin daily.

One small trial found that 44 percent of low-carb dieters were able to stop taking one or more diabetes medications after only a few months, compared with 11 percent of a control group following a moderate-carb, lower-fat, calorie-restricted diet. A similarly small trial reported those numbers as 31 percent versus 0 percent. And in these as well as another, larger, trial, hemoglobin A1C, which is the primary marker for a diabetes diagnosis, improved significantly more on the low-carb diet than on a low-fat or low-calorie diet. Of course, the results are dependent on patients’ ability to adhere to low-carb diets, which is why some studies have shown that the positive effects weaken over time.

A low-carbohydrate diet was in fact standard treatment for diabetes throughout most of the 20th century, when the condition was recognized as one in which “the normal utilization of carbohydrate is impaired,” according to a 1923 medical text. When pharmaceutical insulin became available in 1922, the advice changed, allowing moderate amounts of carbohydrates in the diet.

Yet in the late 1970s, several organizations, including the Department of Agriculture and the diabetes association, began recommending a high-carb, low-fat diet, in line with the then growing (yet now refuted) concern that dietary fat causes coronary artery disease. That advice has continued for people with diabetes despite more than a dozen peer-reviewed clinical trials over the past 15 years showing that a diet low in carbohydrates is more effective than one low in fat for reducing both blood sugar and most cardiovascular risk factors.

The diabetes association has yet to acknowledge this sizable body of scientific evidence. Its current guidelines find “no conclusive evidence” to recommend a specific carbohydrate limit. The organization even tells people with diabetes to maintain carbohydrate consumption, so that patients on insulin don’t see their blood sugar fall too low. That condition, known as hypoglycemia, is indeed dangerous, yet it can better be avoided by restricting carbs and eliminating the need for excess insulin in the first place. Encouraging patients with diabetes to eat a high-carb diet is effectively a prescription for ensuring a lifelong dependence on medication.

At the annual diabetes association convention in New Orleans this summer, there wasn’t a single prominent reference to low-carb treatment among the hundreds of lectures and posters publicizing cutting-edge research. Instead, we saw scores of presentations on expensive medications for blood sugar, obesity and liver problems, as well as new medical procedures, including that stomach-draining system, temptingly named AspireAssist, and another involving “mucosal resurfacing” of the digestive tract by burning the inside of the duodenum with a hot balloon.

We owe our patients with diabetes more than a lifetime of insulin injections and risky surgical procedures. To combat diabetes and spare a great deal of suffering, as well as the $322 billion in diabetes-related costs incurred by the nation each year, doctors should follow a version of that timeworn advice against doing unnecessary harm — and counsel their patients to first, do low carbs.

The content you have chosen to save (which may include videos, articles, images and other copyrighted materials) is intended for your personal, noncommercial use. Such content is owned or controlled by The New York Times Company or the party credited as the content provider. Please refer to nytimes.com and the Terms of Service available on its website for information and restrictions related to the content. 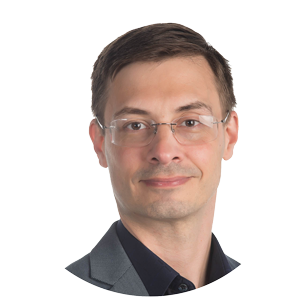 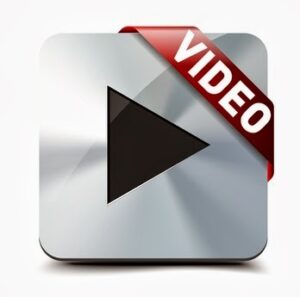